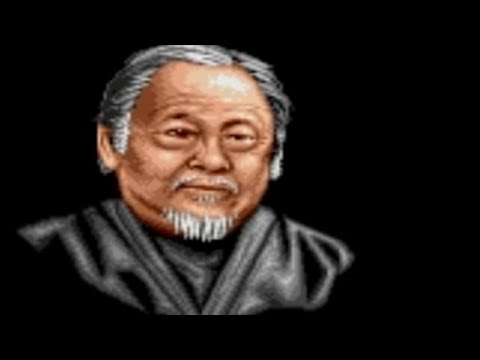 A playthrough of Sony Imagesoft’s 1994 license-based platformer/beat ’em up for the Super NES, 3 Ninjas Kick Back.

Played through on the normal difficulty level as Tum-Tum.

3 Ninjas Kick Back is based on the kids’ movie of the same name. Pandering to kids in the early days of the summer of 1994, it was a largely forgettable sequel to an equally insipid movie released a few years prior.

The game features three brothers whose grandfather is hospitalized after an accident in Japan. He asks them to bring some important dagger to some martial arts poobah, and of course, they’re attacked, but with *a cliched list of nouns that imply character growth in a montage-like fashion*, they not only save the dagger, escape the bad guys, and make gramps proud, but they become better people because of the trials they had to face in order to succeed. *Gag* Just think of (a tame version of) Surf Ninjas and you’ve got the general gist of it.

Thankfully, the game is far better than the movie that it’s based on. The action is standard platforming fare – you collect coins, swing on vines, and kill anyone that looks unfriendly all as you make your way toward the right side of the screen. The controls are a bit touchy and imprecise, but once you figure out how to reliably gauge jumping, it’s fairly smooth sailing. There are a couple of frustrating bits, but for the most part the levels are straightforward and easy to get through.

You can also use wheelchair-bound hospital patients as weapons, which is a massive plus in my book.

I don’t believe it is a port of an existing game, but for me, 3 Ninjas Kick Me Back has always felt like a port of an Amiga game. The art and music style, the level design, and the general flow of the action feel a lot like the classic platformers made for Commodore’s cadillac of 1980s computers. Whether or not that is a good thing is entirely up to your taste, but I personally liked the style quite a bit. The bosses are the standouts – they’re often huge, and sometimes they manage to be both disturbing and hilarious – hello, nurse! (Truly, truly disturbing.)

I have to ask here: am I the only one that finds myself a bit surprised by hearing the little boy scream, “Let’s murderlize ’em!” on the character select screen? Granted, it was one of the most recognizable soundbites from the film, but in the modern day, it seems out-of-plave to have a little boy’s voice encouraging the player to “murderlize” his opponents. What does that even mean? (Murder+tenderize with an L added for flair/’tude, I guess?) My, how times have changed!

It’s too bad that the SNES port doesn’t have the talking Victor Wong head in the corner like the Sega CD version does. Those clips always reminded me of the ones of Craig Stadler on Pebble Beach Golf Links for the Saturn, and they’re definitely worth looking up for a good laugh.

Overall, 3 Ninjas Kick Back isn’t a bad game at all. The license was probably more of a hindrance than a selling point, the game looked pretty dated for a 1994 release, and it won’t keep you occupied for too long, but for a non-Disney license-based kids’ game, it’s surprisingly servicable.
_
No cheats were used during the recording of this video.

NintendoComplete ( punches you in the face with in-depth reviews, screenshot archives, and music from classic 8-bit NES games!

Visit for the latest updates!