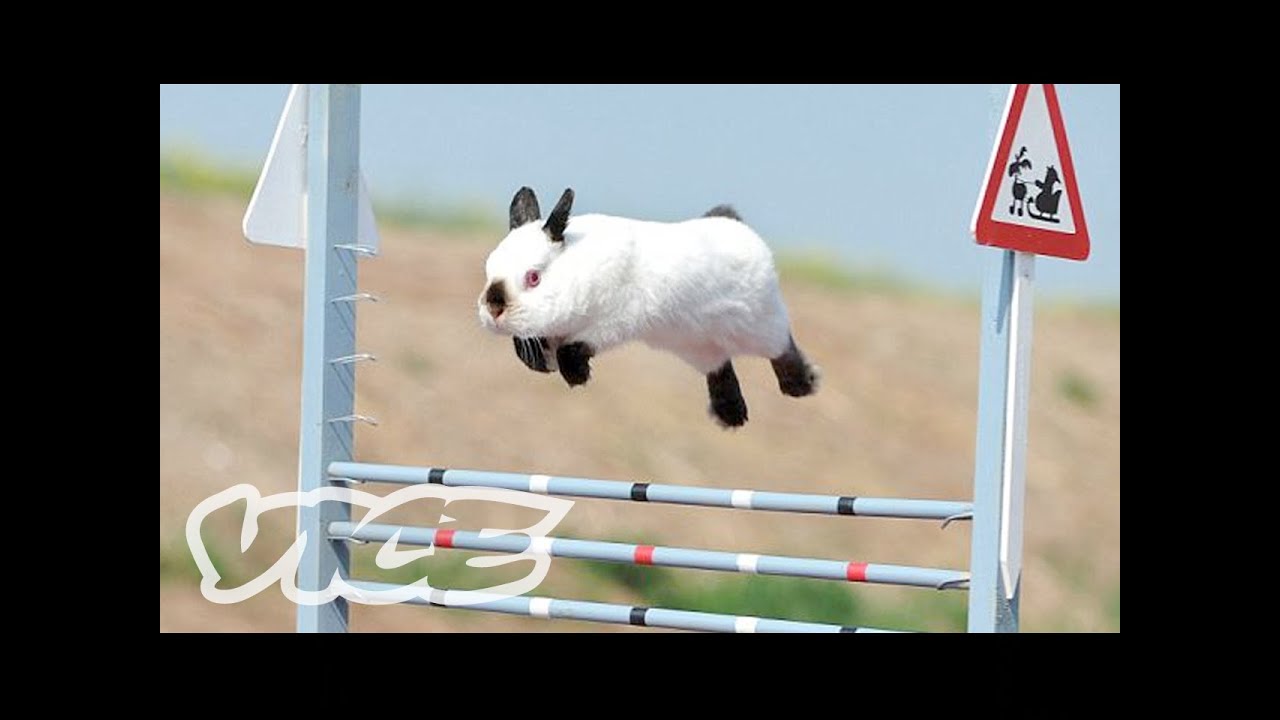 Check out more episodes of The Cute Show here:

Bunny rabbits are adorable enough when they’re just sitting there twitching their pink noses or lapping water up from their little bottles, but when they’re hopping over brightly colored fences like tiny, long-eared horses while their super-enthusiastic trainers cheer from the sidelines, it makes you wonder why rabbit show jumping isn’t on TV all the time. We recently spent the day at the Rabbit Grand National in Harrogate in Yorkshire, England, to witness this space-time-bending level of cuteness for ourselves. Show jumping tests bunnies’ speed and agility as they race down the course, dreaming of winning the big trophy or at least of getting treats when they finish. We met a two-and-a-half-year-old bunny named Cherie. Her trainer, Magdelena, says Cherie’s favorite things in the world are jumping, hay, and carrots (and probably fucking a whole bunch, if we know anything about rabbits). Cherie annihilated the competition, finishing the race in just 12.5 seconds! Way to go, Cherie!

Originally released in 2012 at