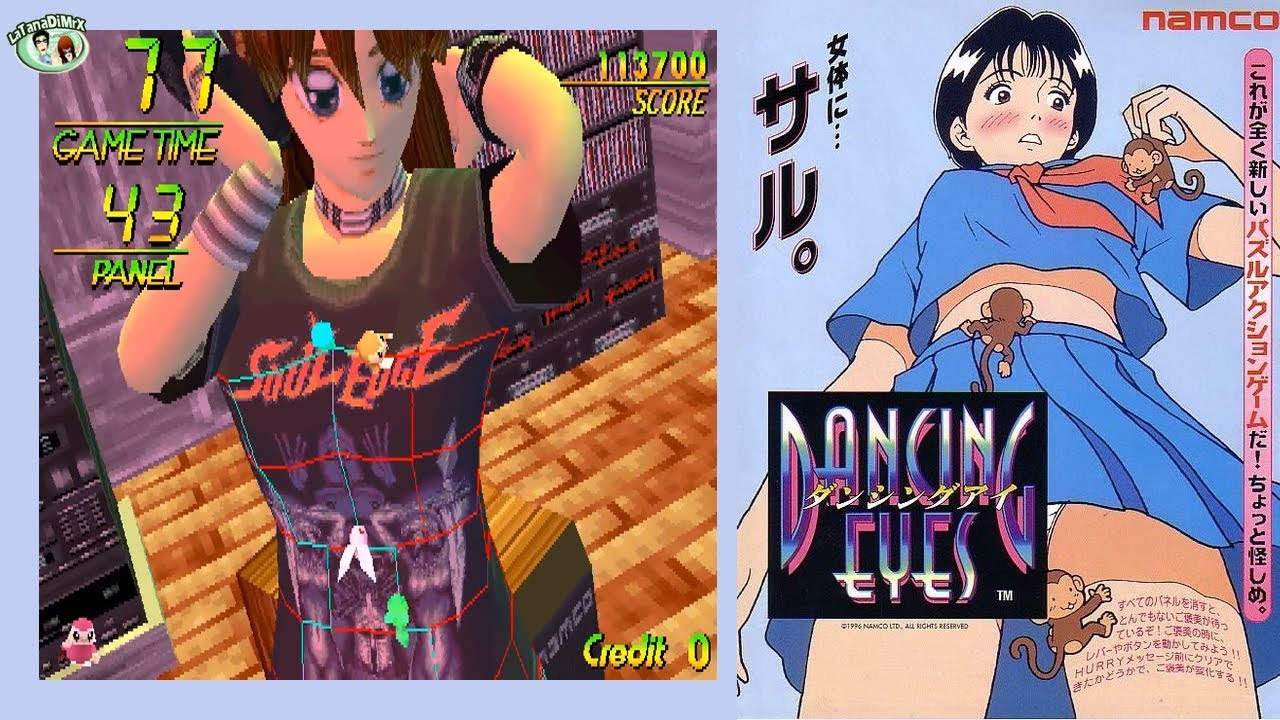 Player: Chiara
Japan Version
Dancing Eyes is an arcade game that was released by Namco in 1996 only in Japan. It was conceived by The Outfoxies designer, Masateru Umeda. The player controls a small monkey walking around a grid placed across a 3D model while breaking the “tiles” (which are composed of clothing, boxes, barrels, curtains, etc.) off the grid while avoiding enemies