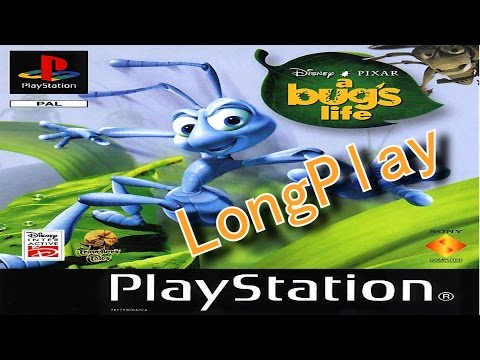 I really enjoyed playing this game again. It’s lots of fun to play and the soundtrack is awesome too. I may also do another video of me showing the hidden bonus level from each level in the game (Which is now done: ) . I was going to have a Ratatouille Longplay done during my Easter holidays but I still require practice at it because I’m still getting stuck a lot on it and I don’t want to upload a longplay of me spending an hour doing one small thing. I got a request to play it but I’d never actually played the game before but I’ll get round to it eventually. I just have lots to do, I never even managed to get half the things I hoped to get done during my holidays. Anyway I hope you enjoy my replaythrough of this game. It’s so relaxing to play and it was done all in one sitting. Cut scenes are skipped to avoid encountering a Copyright claim. I uploaded this already but I must of forgot to skip one cut scene from the movie as there was one played in full, like only 20 seconds worth, after me spending a day saving it and another day uploading it. I had to re render it with that scene edited out. Which took another day and re upload it which also took another day, just because of a stupid 20 second clip. YouTube’s laws are getting ridiculous.

Changes made since the first one: Full screen, game completed faster, also I just generally fancied playing it again.

Support both of my channels to help me produce better quality videos on Patreon: