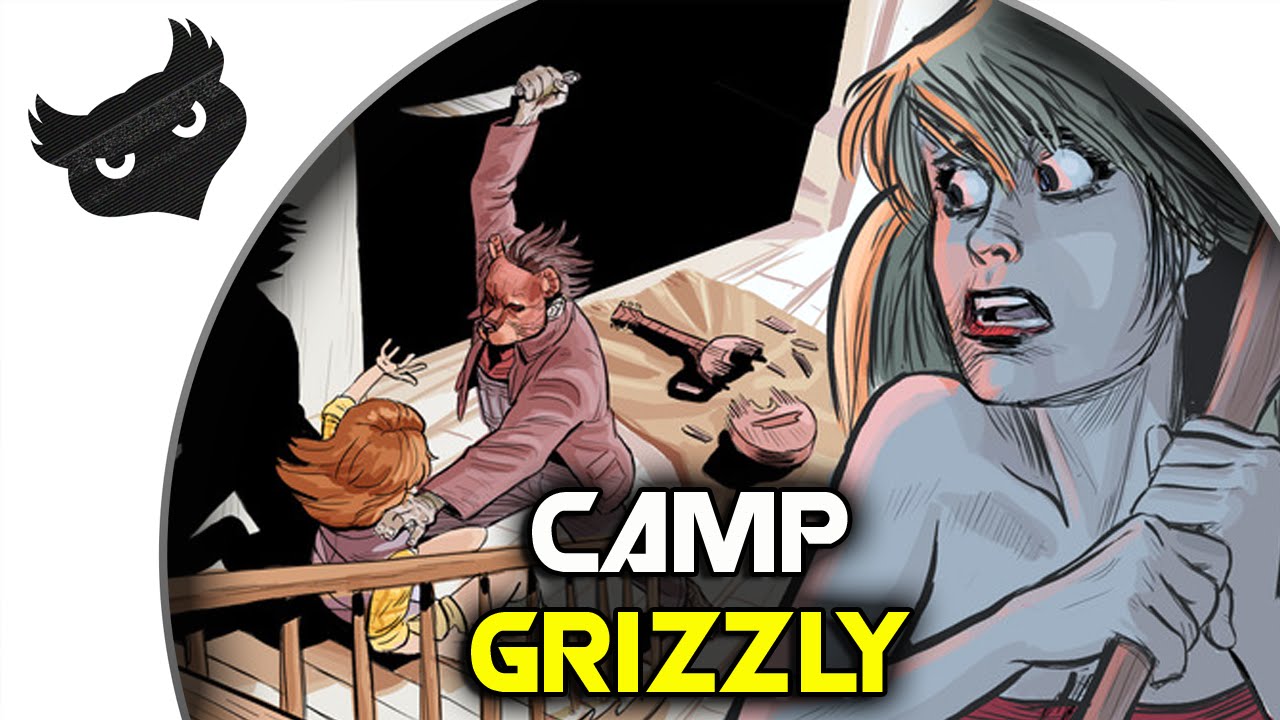 Camp Grizzly is a semi-cooperative survival horror board game for 1-6 players.

The year is 1979, players take the roles of Camp Counselors who are being stalked through a maze of cabins and camp trails by ‘Otis’, a homicidal killer with an unhealthy bear fetish.

Working together, the Counselors explore the camp grounds while searching for a combination of objectives that can trigger one of four different game endings. Those who survive the finale win the game!

It won’t be easy. After every round of player turns, the NPC killer, Otis, stalks the closest targets around the board, attacking whenever he gets the chance. Unarmed players PANIC, are injured and forced to run away. Those lucky enough to have found protection are able to fight Otis with a dice roll. Better weapons mean higher value dice and a greater chance of success. Beat Otis and he disappears form the board until re-emerging from the woods on his next turn.

Be warned, as the body count rises, Otis gains strength, moves faster and becomes more deadly. Just when you think you’re safe, you may find him waiting right in front of you!

The Counselors won’t give up so easily. In addition to their own inherent talents, Survival Cards grant the players unique abilities and tactics to help elude or confront the killer.

Who, if anyone, will survive?