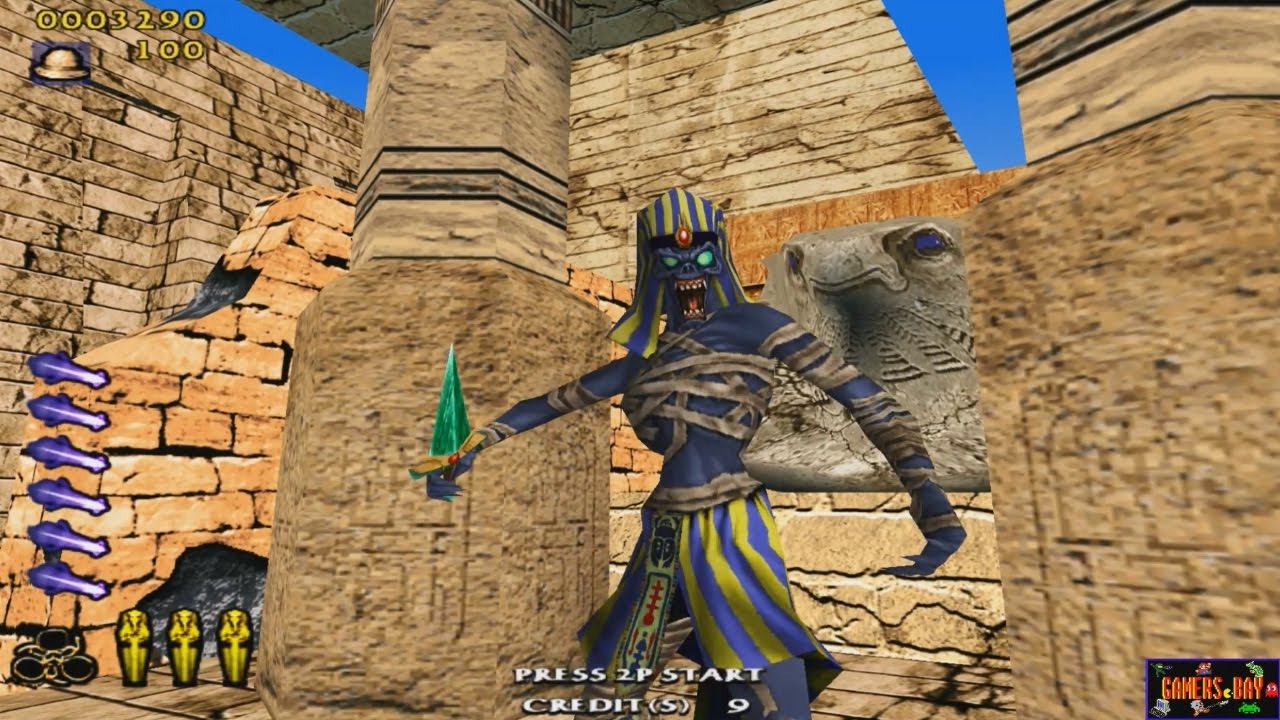 An epic arcade rail shooter, where players took on the role of 2 adventure seeking treasure hunters. The game takes you through a maze of Egyptian pyramids, battling in classic light gun fashion against mummies and skeleton warriors. At one point you battle King Tutankhamun, and in another you ride on a camel shooting at monkeys. The graphics in this game were phenomenal! But, the story left a lot to be desired.

Maze of The Kings also followed Sega’s typical rail shooters, pointing players to fire at focal points in the form of circles when battling against bosses such as King Tut.

This was a Sega NAOMI rail shooter, that hit arcades in 2002. The game has some Japanese sub-titles.